Most people don't want to talk about how old they are on their birthdays because they don't like to admit how many years they've lived. I am actually the opposite. I don't like talking about how young I am. For a while now I've had friends who are all older than me. At the University of Minnesota, the people who I was most likely to spend some significant time with were people who would look at me curiously when I said "I have to go write a paper now." Suddenly they would say "OH right! You're still in college." Once again, I find myself becoming good friends with people who are old enough to say "Oh wow" and look wistful when I tell them my age. There is nothing exactly wrong with this, but it makes me feel like I have to prove myself somehow - like show that even though I'm younger I deserve to run in their crowd. I feel like I fit in just fine. I was telling a friend the other night that I think I hit my hay-day when I was 13 and 14 the staying up till 4AM writing every night. Now that most of the people my age are up clubbing and dancing till 4AM, I've passed that prime and just go to bed at 11 like a normal person. Anyway my birthday can be weird in that respect: I don't like admitting my age just as much as the next girl, but for completely different reasons.

This year, there was a lovely birthday party outside with fresh food and wine with some good friends, which was perfect. I also learned recently that on your birthday, you can go to Catalina Island for free. This is a tourist haven on the chain of Channel Islands about 20 miles off the coast of LA, where you can camp, swim, shop, boat and stay in luxury hotels. Whatever floats your particular boat/budget. Also on Catalina Island is Two Harbors, California, which, having the same name as my hometown in Minnesota, is a place I feel I should take a picture of myself. Typically the ferry ride is $72 a person both ways, so getting one of the tickets for free is really what made the whole trip affordable. Because of the crazy cost, though I would have loved to take all my friends and spend the day running around together, it was only Alfred and I, which was also really great.

When we arrived in the morning, there was a bit of marine layer of fog and clouds, but we could see the sun starting to burn it off in the distance, so we decided to get a huge breakfast and waste a little time. 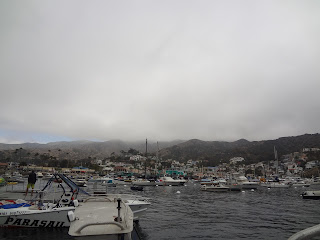 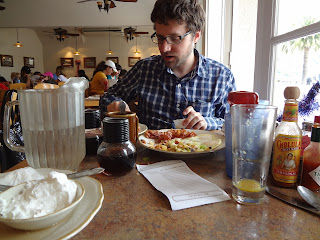 By eleven thirty the sun had worn off and we spent the day walking around Avalon, the main town, kayaking and snorkeling. I have never been ocean kayaking, and the water and waves and sun were prefect. The water was a deep sapphire blue and from the surface you could see the massive kelp forests and rocks below. I did go snorkeling in Cancun a few years ago, but this time was so much better. There were more fish, an amazing kelp forest to explore and a ton of brightly colored and hungry fish who were getting fed by more of the other snorkelers and there very friendly because of this. Of course the Pacific is much cooler than the Gulf, so the water was not bath-warm, but having grown up swimming in Lake Superior, I could handle just about anything for 20 minutes. 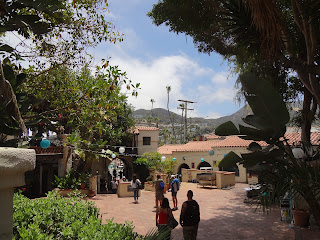 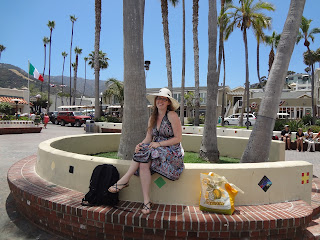 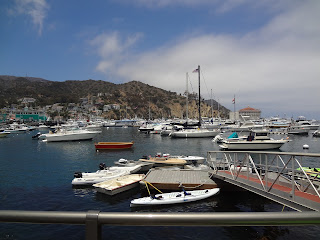 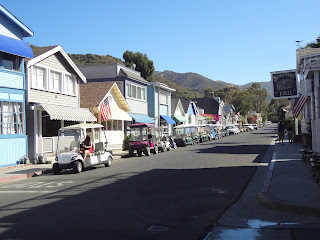 There are no cars allowed on Catalina, apparently, so all of the people drive golf carts. And live in tiny houses, I guess. 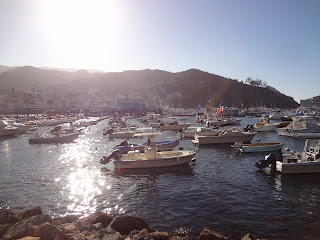 Catalina is a place I've been meaning to get to  (partly because they mention it in Arrested Development) so this was a great way to spend my 23rd birthday (there you go - now you know how old I am).
Posted by Katy at 12:39 PM No comments: