It's not exactly news. And it's not exactly been a secret. It's a story I've been whispering into my friend's ears, passing around like a good wine and letting everyone I love sip at. Now it's time to open these fingers and give you all a better look. Because I'm so excited about what I've got growing in the warmth of this rich, fertile life.

I will be leaving California in June. I've been calling it the "grand escape". I'll be driving my little car through the desert, the mountains the plains and back home to fall into the lap of a warm, muggy, mosquito-filled summer day in Clover Valley, a bird bone-weary from a long migration.

I've told my job, so now I can tell you. I've told my dearest friends here in California, I've told the nonprofit I sit on the Board for. I do apologize if there is someone out there whom I have overlooked and somehow hurt in the public telling. But I'm not keeping this joy in any longer. Though it is bittersweet, there is strength and energy for being on the right path. And God, is that path below my feet now.

I'll say more about this later, but there are bigger plans in the works (of course. It's me, Katy, at the end of the day.) These include a one-way plane ticket through Iceland landing in Amsterdam, leaving Minneapolis on my birthday. This part of the story is for later, though.

For now, I'll tell you about California.

This summer I read a book, the self-help kind I never really find myself picking up, but it came to me and gave me some deep clarity. I was in the process of thinking it was time to move into the next step of my life and wondering if that included grad school, maybe another couple of years in another new city or the thing that seemed to me to be the admission of defeat: moving home to the city I've known I always wanted to live in long-term. I've always known I wanted to end up in Minneapolis, but there is also a large part of me that want's to try just one more thing. So I was conflicted... because, honestly, how many one more things can we do?

The book, The Defining Decade by Dr. Meg Jay is a rebuttal against the idea that my generation seems to adopt: that getting married later and starting careers at different times in life, the 20's are a throwaway fun time that are to be simply enjoyed. Not that one shouldn't enjoy their 20's, those free-wheeling, comparatively-debt-free times where you can really try out a hundred different personas and discover who you really are. The bottom line seems to be that with a little intention and awareness of long-term goals, as well as how quickly mindsets can change and panic can set in once women especially hit 30, the 20's can be used as a building block to a future that is more inline with what you have envisioned.

I was on my way home for my sister Anna's graduation from the Perpich Center for Arts Education in Minneapolis, and I had been trying to determine what the next step for me would be. More time in Los Angeles, or maybe even moving to San Francisco, or working on a winery on the Central Coast for a bit? A stint of grad school in Portland, OR, Seattle, WA or maybe even abroad? Looking for a new job in another TOTALLY different location, like North Carolina or Maine? Call it a big cheese fest, but I stepped off the airplane, saw a big poster with a loon in a lake that said "Welcome to Minnesota" and I nearly fell down and kissed the ground with tears in my eyes like a sailor: It was time and this was it.

That being said, my ducks were not in a row to come home right away, not to mention there was more to see and do in California. Plus, the nature of working at a school is that you're basically a huge jerk if you leave at any time other than the summer with several months notice, and I have no interest in being a huge jerk.

I may be young and another two-ish years in another city might not be the worst idea. I'd probably have a great time and wouldn't regret that at all. That being said, the math scares me. I'll be 25 when I leave Los Angeles. If I went to grad school, I'd be 27 when I got done. If I had a great job because of professional connections and networks which was worth holding onto for another few years, that's 28 or 29. Then there's weddings? Babies? Ultimately I want a partner who wants to be in Minneapolis/Minnesota and the chances of finding that outside of that place is significantly lower. Lots of women my age are starting to look at the 30's with a little panic, wondering about fertility and all those studies showing how much more difficult it can be to have children later in life. I'm trying not to feed into that, but realistically I should at least have all of this in the back of my mind.

Not to mention the very thought of gently tugging out and replanting all of these roots I've got growing in California is hard enough. Though I may be a wanderer and want to live in as many cities as I possibly can, when I am fully honest with myself, I see that of course community and connections are the most important forces in my life and that growing and nurturing these is essential. There will only be so many times that I can replant everything in my life this way (especially as a single woman) and I know that I ultimately do not want to live in Southern California for a myriad of reasons that all boil down to it's not really me or my home. So much fun in my 20's - the sort of adventure I never would have thought I would take and which still seems surreal to me - but every time I go home I am reminded of who I really am and what I truly love and cherish, as it were.

So I'll be coming home. I've got a California bucket list which I'm working through quickly filled with the places I still haven't seen or want to get to one last time before I go. I'm trying to spend as many nights sitting up late, surrounded by the lovely women I live with who I will miss more than I care to think about right now. I've been singing songs about things changing, about going home. I've been making lists and drawing maps in permanent marker. I'll say more about my emotions and conflicts and experiences of this whole journey soon. But for now I want to rest in the truth at it's most basic level: 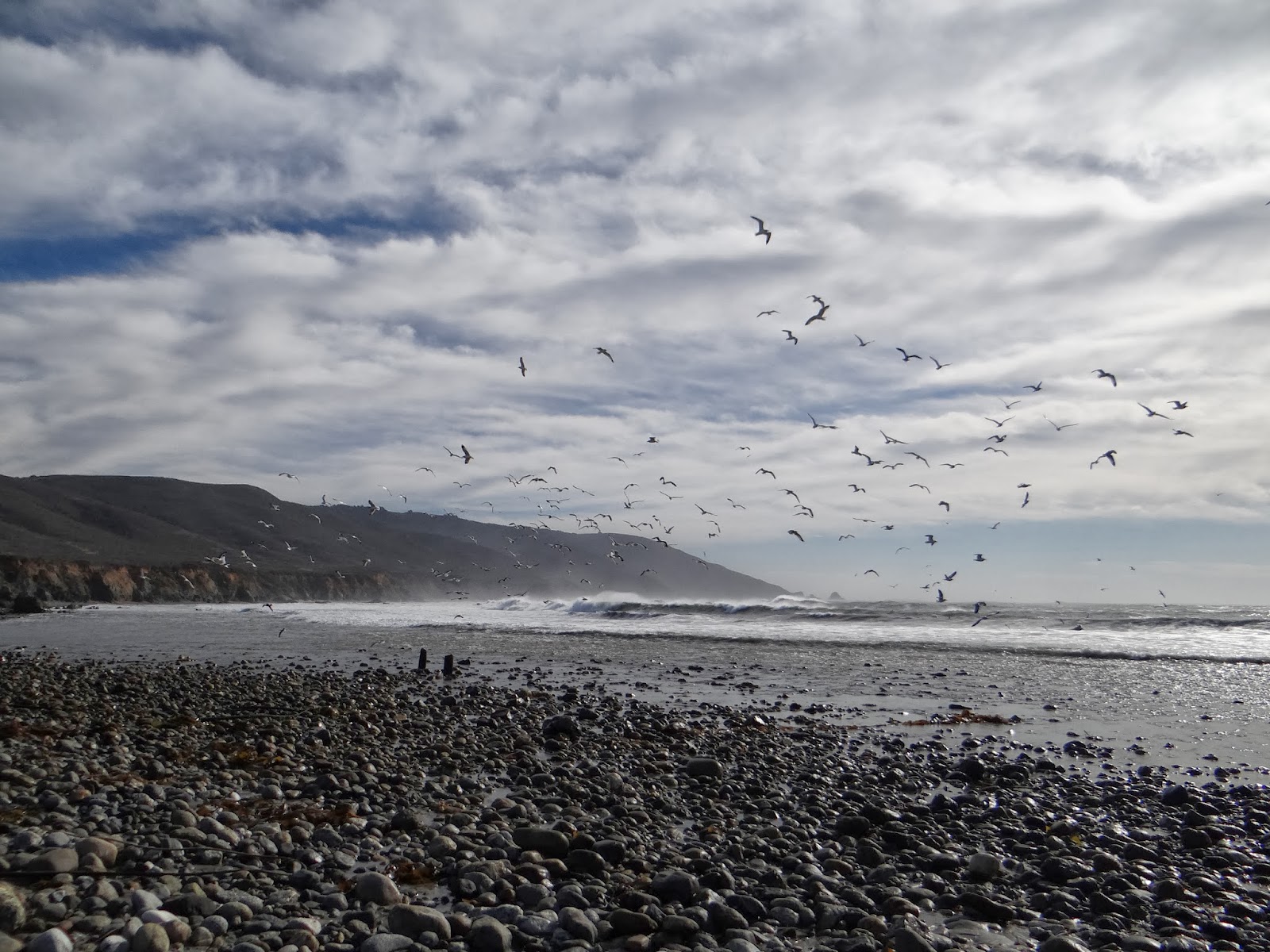 I began the year in the same place that I ended it, a home which was built deep in the valley where I was born, surrounded by the people I have known and loved the longest. It was a quiet celebration this year, the air outside frigid and the fire small. But for those who braved the roads and the possibility of dead car batteries, the evening was one of laughter, food and merriment of all kinds. I rewove my story of the last year into many people's hands, giving them the bits of myself that I could when it had been twelve months since we'd been in this house in the forest, relaying our last years.

2013 began in routine. I began with a fast of waking in the earliest hours I could muster to keep creating this book I've been working on so earnestly, going on and on about being a writer. In all other parts of my life, I had found a place and a path and was determined to keep at it, made plans and decided to see them through. There was a house and a plan I had decided were mine; I had put my things into the cracks and decorated the windowsills slowly and I was driving back and forth across town to make my own. As all of it began to unravel, I held hard against the moving dances of the rip tide. But life is a system of waves, spins of the wheel, moons filling and pouring out their hearts upon our weary heads, and if you don't give into life, it will steal out from under you and trip you regardless of your trying to slow it. By the end, even though I had held so bravely and fought so hard, I realized I even wanted an earth quake to come through and take down the house I was making; to leave me be in the place I still had for myself.

I picked up the pieces of myself that had been discarded again in a quiet, sad month. I walked forward, into a jangling and crazed Fall of wild spinning, emotional heaving and laying down, dances with strangers that tied my brain up into knots which I spent frozen nights in my parent's home trying to unravel, trim and lay flat again.

This year I climbed many mountains, and they did not exhaust me the way the Rockies did the year I lived among them. This year I lived a life I know I will look back on in years to come and think of as one of the best times of my life. This year I was constantly planning, drawing upon maps in permanent markers, making notes and putting forth hopes and dreams for what will and will not be coming my way, then making things happen. This year I drove up and down California, dragging my friends up mountains, through forests and along coasts, calling out to the world to come down upon me, and stopping for many a glass of red wine. I opened the door of this heart each night, pushed against it and heaved it slowly and carefully so that the air of change and the whispers of intuition could come in. I grasped for the hands of acceptance, reminding myself of patience and gentleness, things I worry I am beginning to lose in this smoggy City of Angels.

And so, with a mug of champagne and a clearer head, I nod to all that was in 2013. Cups filled, then slipped, dinners made and eaten, lists checked off satisfied. I stepped into the frigid air of the beginning of 2014, looking up at Orion, the winter watchman whom I have not seen from my porch in California all year because of these city lights, and I rushed towards all that will be, giddy as a plan with a new lover.
Posted by Katy at 7:42 AM No comments: